The Story Behind SDTA

The South Dakota Trust story began in 1981 when an attorney from Wisconsin with a shrewd understanding of state tax law advised a family to move their trusts to South Dakota to maximize our State’s favorable regulatory laws on the sale of family owned business interests held in trusts. He noted that while Wisconsin had repealed its rule against perpetuity (“RAP”), thus allowing for perpetual trusts, he chose a state with no state income tax over unlimited duration.  The family took his advice and moved the trusts to South Dakota before selling the family owned business interests, and saved over $12 million in state income taxes.
Read More

Between 1983 and 1993 South Dakota, through its regional and local banks, were able to attract new trust assets from out of state.  In 1993, a trust officer at Norwest Bank, wrote an article about the advantages of South Dakota.  The article was published in Trust and Estates Magazine.  The article caught the attention of the CEO of Citibank’s trust and estate planning practice in New York, who later convinced Citibank to start a South Dakota chartered trust company. With Citibank’s international reach, South Dakota was a perfect place to situs trust for foreigners who were looking to move to the US because they could gift unlimited amounts into the trust and save state income tax and have the trust go on in perpetuity.

In 1996, the .com craze in the Silicon Valley started to take shape.  South Dakota was a perfect place to put illiquid stock with minority discounts because of the very low gift exemption.  Because the assets had no real value, the fees that trust companies could charge were nominal until the assets were sold or went through an IPO.  Because of this, banks and institutional trust companies didn’t want to hold the assets.  This gave way to the creation of the South Dakota directed trust statute.  This allowed banks and trust companies to hold these illiquid assets but reduce the risk of the concentrated stock positions by shifting the risk to a protector or investment advisor appointed in the trust document who was responsible for managing the assets. 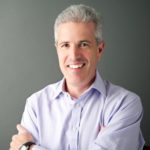 Antony Joffe is the President of Sterling Trustees and manages Sterling’s day-to-day activities, including operations, compliance, sales and marketing. He previously was president of a Pennsylvania-chartered trust company and spent 15 years in the financial services industry, working with emerging growth companies to complete public and private equity offerings, mergers and acquisitions transactions, valuations and other financial advisory work. As a principal at NY-based Bryant Park Capital, he helped establish the firm’s Philadelphia office and was also a principal at FB Capital Partners, a $500 million private equity fund. A CPA, Antony has worked in the investment banking group of Janney Montgomery Scott and as an auditor in the Business Advisory Group at Coopers & Lybrand. He earned his MBA in finance from Temple University and his bachelor’s degree in accounting from Emory University.
Show more
Show less 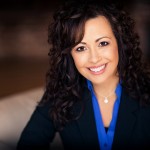 Jessica Beavers is Senior Vice President of Sawmill Trust Company. She is a founding Director of the South Dakota Trust Association, where she currently leads the initiatives for the Education Committee. She has twenty plus years of prior banking and trust administration experience. She is a Certified Trust and Financial Advisor (CTFA) and a Certified IRA Services Professional (CISP), having received these designations after satisfying the professional and educational requirements of the Institute of Certified Bankers. On a national level, Ms. Beavers is a leader in the American Bankers Association (ABA), currently serving as an Advisory Board Member to the ABA’s National and Graduate Trust Schools. In addition, she is a CTFA Advisory Board Member to the Institute of Certified Bankers. She has previously participated on the ABA Trust Letter Advisory Board. Locally, Ms. Beavers served as an advisory board member with Eide Bailly, located in Sioux Falls, where she weighed in on industry issues. Ms. Beavers has a Bachelor’s Degree from the University of Sioux Falls, Sioux Falls, SD and has completed course work for a Masters of Business Administration also from the University of Sioux Falls. In her community she gives her time by serving as an Executive Board member with Volunteers of America, Dakotas, as well as serving as a volunteer with Junior Achievement of South Dakota.
Show more
Show less 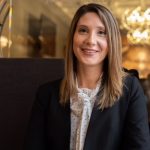 Abbie Ranschau is a Senior Trust Officer at Dacotah Bank, managing trust assets and business development. She also serves on the Trust Committee of the South Dakota Banking Association and is an Executive Committee Member on the Edith Sanford Breast Cancer Initiative. Ms. Ranschau holds a BSBA, MBA and MA in Political Science from the University of South Dakota and a JD and LLM in Taxation from Western Michigan University.
Show more
Show less

Pat is a partner in the Rapid City law firm of Gunderson, Palmer, Nelson & Ashmore, LLP where he leads the firm’s Business and Estate Planning Group and counsels families and fiduciaries of all sizes on trust matters of all kinds, business succession planning issues of all varieties and trust company issues of all types. He is a past president of the South Dakota State Bar Association, is State Chair and a Fellow of the American College of Trust and Estate Counsel as well as a Fellow of the American College of Real Estate Lawyers. He has been a member of the Governor’s Task Force on Trust Administration and Reform & Administration since its inception in 1997. In addition to his service as a director on the inaugural board for the South Dakota Trust Association, Pat is a past president of the South Dakota Bar Foundation and is a director on several other non-profit boards. Pat has been recognized by his annual selection to the Best Lawyers in America, Chambers USA Leading Lawyers for Business and Super Lawyers in several practice categories. Pat especially enjoys the connection to the Black Hills & the Mount Rushmore National Memorial provided by his lifetime membership in the Mount Rushmore Society.
Show more
Show less 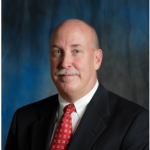 Mike Dea is a Director of Equity Trust Company and served as President and Chief Financial Officer over the last 11 years. Mr. Dea has over 30 years of experience in the financial services industry. He has held multiple leadership positions at a number of banking institutions, most notably at Key Bank, where he was Commercial Real Estate Group Managing Director, Chief Financial Officer of the Corporate and Investment Banking Group, and Senior Vice President of Corporate and Investment Banking. Mike earned a BS in Accounting and an MBA from Kent State University.
Show more
Show less 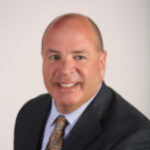 Joel Black is the Managing Director of First Trust Company, LLC. Joel has over 30 years of experience in senior management or C-level positions across a broad spectrum of financial services, from publicly held to privately owned entities in both the for-profit and nonprofit sectors. Most recently he served as Chief Operating Officer for the Wealth Management Group at U.S. Bancorp. Joel holds a B.A. degree from Dakota Wesleyan University, an M.B.A. in Finance from the Carlson School of Management at the University of Minnesota, and has done doctoral work in business administration at Metropolitan State University. He is a Certified Trust and Financial Advisor (CTFA) and member of the West River Estate and Financial Planning Council.
Show more
Show less 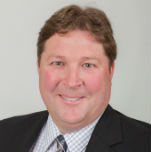 Matthew Tobin is the Managing Director of the South Dakota Trust Company, LLC. His primary responsibilities include legislation management, special projects administration, new client/business development, general office administration, and development and management of the Private Family Trust Company business. Mr. Tobin was formerly a member of the law firm Siegel, Barnett & Schutz, LLC. where his private law practice focused on general and business litigation. He also received considerable experience in negotiations, mediation, and alternate dispute resolution. Prior to joining Siegel, Barnett & Schutz, Mr. Tobin was a partner in the law firm of Johnson, Heidepriem, Miner, Marlow & Janklow, LLP. Mr. Tobin attended St. John’s University in Collegeville, Minnesota, and received his Bachelor of Arts degree in 1994 with an emphasis in political science / government and economics. After college, Mr. Tobin spent approximately two years working for United States Senator Thomas Daschle. Mr. Tobin worked for Senator Daschle in Washington, D.C. and in the field office in Sioux Falls, South Dakota. Mr. Tobin attended the University of South Dakota School of Law and received his Juris Doctor in 1998. While in law school, he received the Cali Award for Excellence, was a member of the Dean’s List, was a member of the Moot Court Board, and served as the director of the R.D. Hurd Volunteer Law Society. After graduation from law school, Mr. Tobin served as a law clerk for the Honorable Roger Wollman, Chief Judge, U.S. Court of Appeals, Eighth Circuit, from 1998 to 1999. He is a member of the American Bar Association, State Bar of South Dakota, the Association of Trial Lawyers of America and the South Dakota Trial Lawyers Association. Mr. Tobin is married (Tara) and enjoys spending time with his wife and children. He also enjoys sports, traveling, hunting, golf and coaching youth hockey
Show more
Show less

Matthew McMillen is Executive Vice President and Chief Fiduciary Officer of Dorsey & Whitney Trust Company where he manages the trust administration and trust tax services departments while working with clients, attorneys and other advisors. As a CPA, Mr. McMillen has over 20 years of industry experience. He holds a B.S.- Accounting degree from the University of Wisconsin and a Master of Taxation degree from the University of Minnesota. He is also a graduate of the ABA Trust School program and Certified Trust and Financial Advisor (CTFA).
Show more
Show less